I recently responded to a post on an art forum, where the artist had asked for comment and criticism of his painting.  The painting was a beach scene, worked from a mixture of photograph and memory, and the first thing to hit me about the image was the multitude of DIRECTIONAL STROKES that had been used.


When an artist is using a pencil, or a pastel, rather than a brush filled with paint, there is a tendency to use the point of the pencil, or the end of the pastel, to "fill in" areas of the image.  The marks made are often very instinctive - they frequently slant from one side or the other, depending on whether the artist is right or left handed.  Sometimes, this can work rather well........particularly if you are trying to depict, say,  driving rain.....!!.....but at other times, very directional strokes can overwhelm the image, and destroy any sense of visual harmony. Your strokes can flatten form too, take a look at these three simple tree trunk renderings - one with horizontal strokes, one with vertical, and one with a mix of directional strokes in use:

I remember visiting an exhibition of the pastel society in London some time ago, and was rather distracted (polite word, that) by an image where the criss-crossed diagonal strokes used, all over,  made the painting look like a piece of fabric with a herringbone pattern in the weave!  It may have been the artist's intention...but to my eye, it seemed unnecessary and added little to the appeal of the painting.


Here is a pastel painting, where the directions of some of the strokes used can be seen, but do not overwhelm.  There are vertical marks in the sky and a hint of  some slightly slanting marks at the base of the image 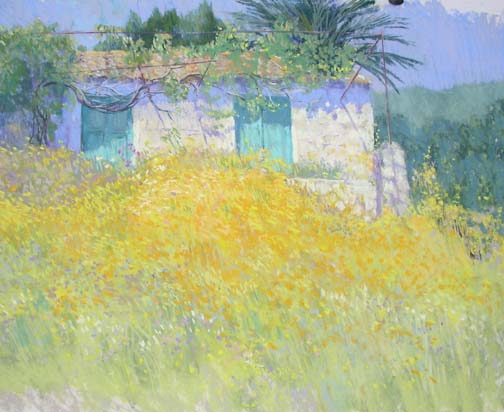 However, in this image, I have "imposed" an overall cross-hatched effect,
( similar to the effect I saw at the exhibition!) 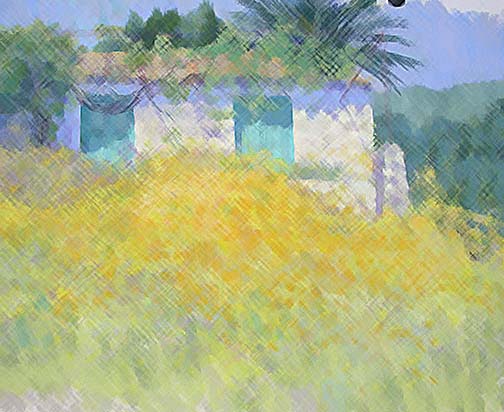 As you can see, the cross-hatching overwhelms the image.  You might like it of course.....you are entitled to that opinion;   I am simply using this as an example of what could potentially happen if you resort to a particular kind of mark for everything.  To my mind, it starts to look rather contrived - a sort of mannerism.


In this image, I have made it large enough so that you can see that some directional strokes, or marks,  are used, but on the whole, they describe the form rather than detract from it, and do not appear to be an affectation or mannerism of any kind.    See if you agree: 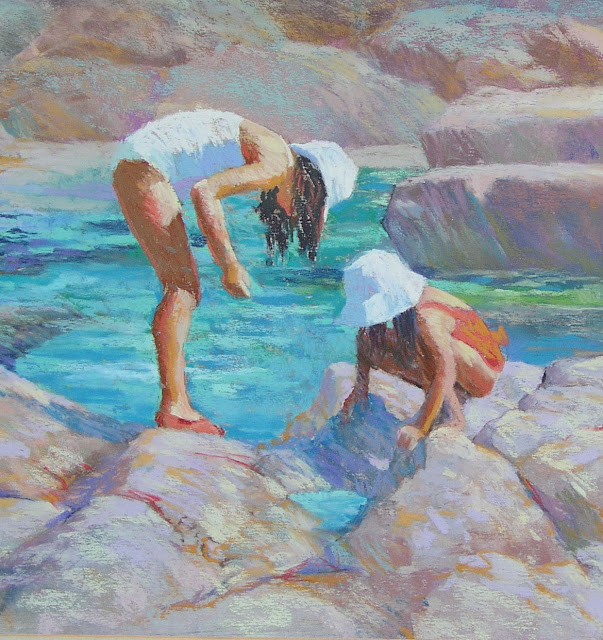 The moral of the story is to be conscious, when using any kind of implement with a point at the end, to ensure that the direction of your strokes is intentional, and adds to, rather than detracts from,  the image.
This will be my last post of 2011, so I wish everyone happy sketching and painting in 2012!

Posted by jackie simmonds at 10:05