I hope I will be forgiven for posting a more personal blog this week, but I would love to share some special news with you all.

Some background:  My husband Geoffrey, as a young man, was never introduced to classical music.  He was the proud owner of a  record player as a teen, and listened almost exclusively to pop music and country western music. 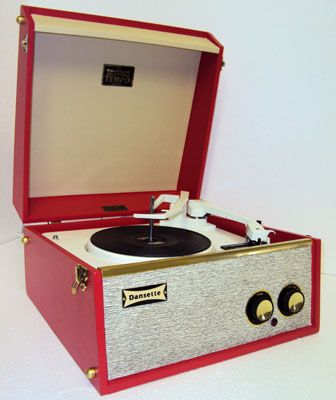 We met and married in our twenties - more than 50 years ago - and in the first decade of our marriage, we enjoyed fun Christmas holidays with groups of friends.  On one of these holidays, Geoffrey watched his first opera on tv......Verdi's La Traviata.....a wonderful Franco Zefirrelli movie, produced in 1985, with Placido Domingo in a lead role.

He was transfixed. He watched avidly, absorbing every note.  It was the start of a long-lasting love affair between Geoffrey and the world of the Opera.  Soon after, he was invited to a performance of the Pavilion Opera Company, which took place in a City livery hall.  The performance was not on a stage.  The company dressed in full costume,  and sang in the original language,  but performed "in the round" on a large carpet, using a single piano.  The small audience surrounded the carpet, and enjoyed the full force of the powerful voices of professional opera singers, from the distance of a few feet!    This is a staggering experience - it not only reinforced Geoffrey's passion for opera, but it also sparked an idea.  He felt he had missed out as a child, and wanted to introduce opera to children at an early age, so that they too could enjoy this very special experience.

He met with Freddie Stockdale, Director of Pavilion Opera, and presented the idea of an Educational Trust.  Freddie loved the idea and partnered with Geoffrey to create Pavilion Opera Educational Trust in 1992.    Geoffrey took performances into schools, for 8-9 year old children.  He raised funding from major business organisations all over the UK.  The children were introduced to and learned, through a six-week comprehensive cross-curriculum package, the full story, the history of the opera and the composer.  They were provided with a fully scripted play in English, through which they rehearsed the Opera itself.  Before the event;  they produced project work which was placed on display in the school hall. The local mayor and other important local dignitaries were invited.   The performance took place, on the huge carpet, in the centre of the school hall, with a piano, and the children sat around the edges of the carpet, on the floor and on benches, within just a few feet of the singers.  After the performance the children met the singers, asked questions, and collected autographs enthusiastically.  Later, they were asked to write letters to thank the organisers, and these letters are a joy to read.  "I thought it was great, it was so LOUD"   "The man who played the piano was fantastic"  "My Dad said I would not like it, but I did and I would like to see another opera". 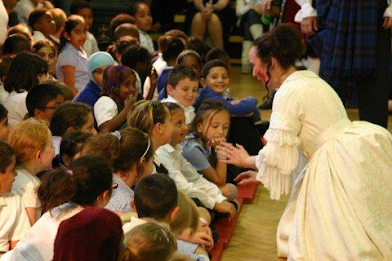 To see the joy on the children's faces was wonderful as you can see from the photo below.  The performers enjoyed it too, as they involved the children, often singing directly to a particular child, or even sitting on the lap of the Headteacher, which the kids loved. 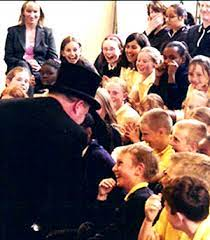 There were no compromises in these performances which were sung in the original language, but in fact the children found this much less of a problem than some adults.
Over 26 years, more than 62,000 primary school children in 879 participating state schools, where opera was not readily available,  saw a Pavilion Opera performance.  15 different operas were shown, including The Marriage of Figaro, The Barber of Seville, The Magic Flute, Macbeth, and others. 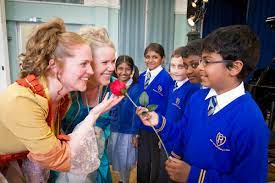 Despite applying for funding from various bodies...The Lottery Fund, the Arts Council, and others, Geoffrey was never offered any funding, and so had to raise all the funds without help.  Thankfully, the organisations he approached  supported the project for three years at a time.  Also, Geoffrey found some wonderful donors who supported the Educational Trust continuously.  Thanks to these generous people, a large number of children were introduced to classical music, history and Opera in a positive and exciting way.
As a result Geoffrey was this year awarded an MBE (for services to education) in the Queen's 2021 Birthday Honours.
As you can imagine, I am a very proud wife.

Posted by jackie simmonds at 01:44